The history of the Mazzanti houses, one of the oldest group of houses in Verona.

This of group of Renaissance houses, present through various generations, extend themselves from via Mazzanti,
all the way round to Corso Sant Anastasia facing one of the most famous and beautiful squares of Verona: Piazza delle Erbe. 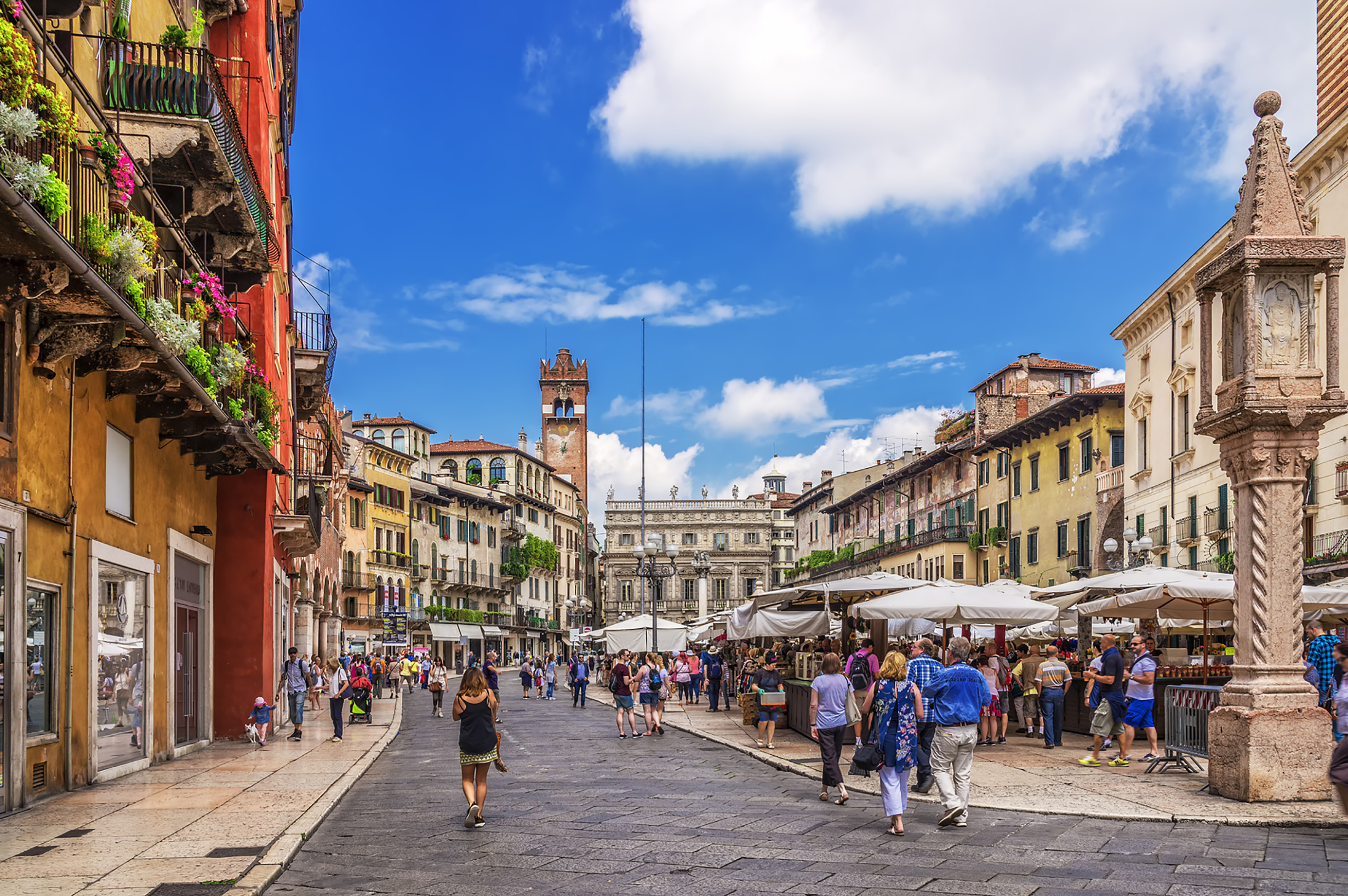 Breathtaking houses that date back to the middle ages during which the top part was used by the Scagliari family,
also called the Scala family, to store wheat while the bottom part was used for housing and shops.

The first owners were the Scala in the two-hundreds, a powerful dynasty from Verona. It wasn’t till later in the
five-hundreds when they were passed on to the Gonzaga family, which in 1527 sold them to the Mazzanti family. 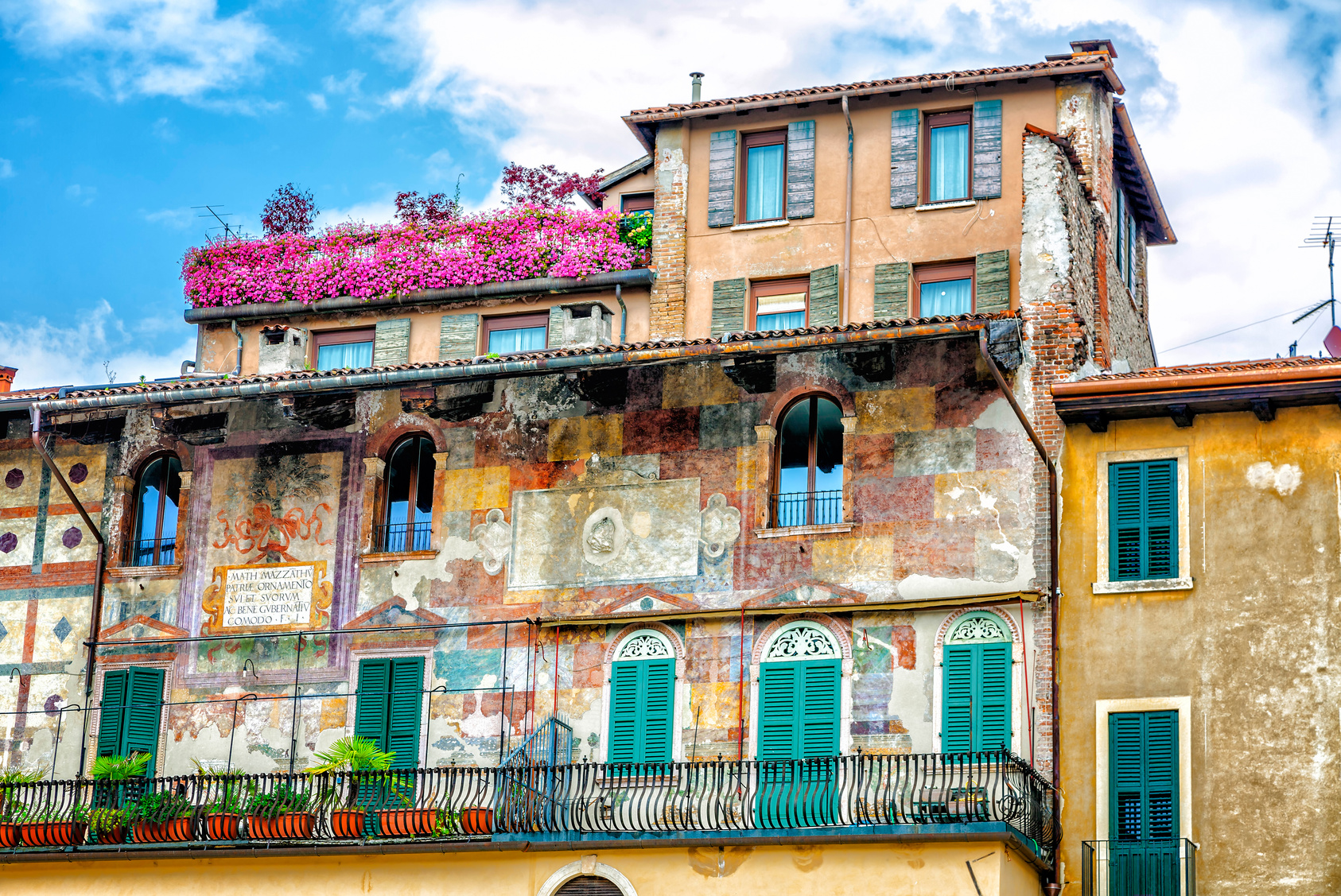 Verona was known in the five-hundreds as the urbi pista, the painted city, hosting so many frescoed houses.
The Mazzanti houses may flaunt more frescoes than any other square in Verona, with mythological and allegorical scenes painted by Alberto Cavalli. 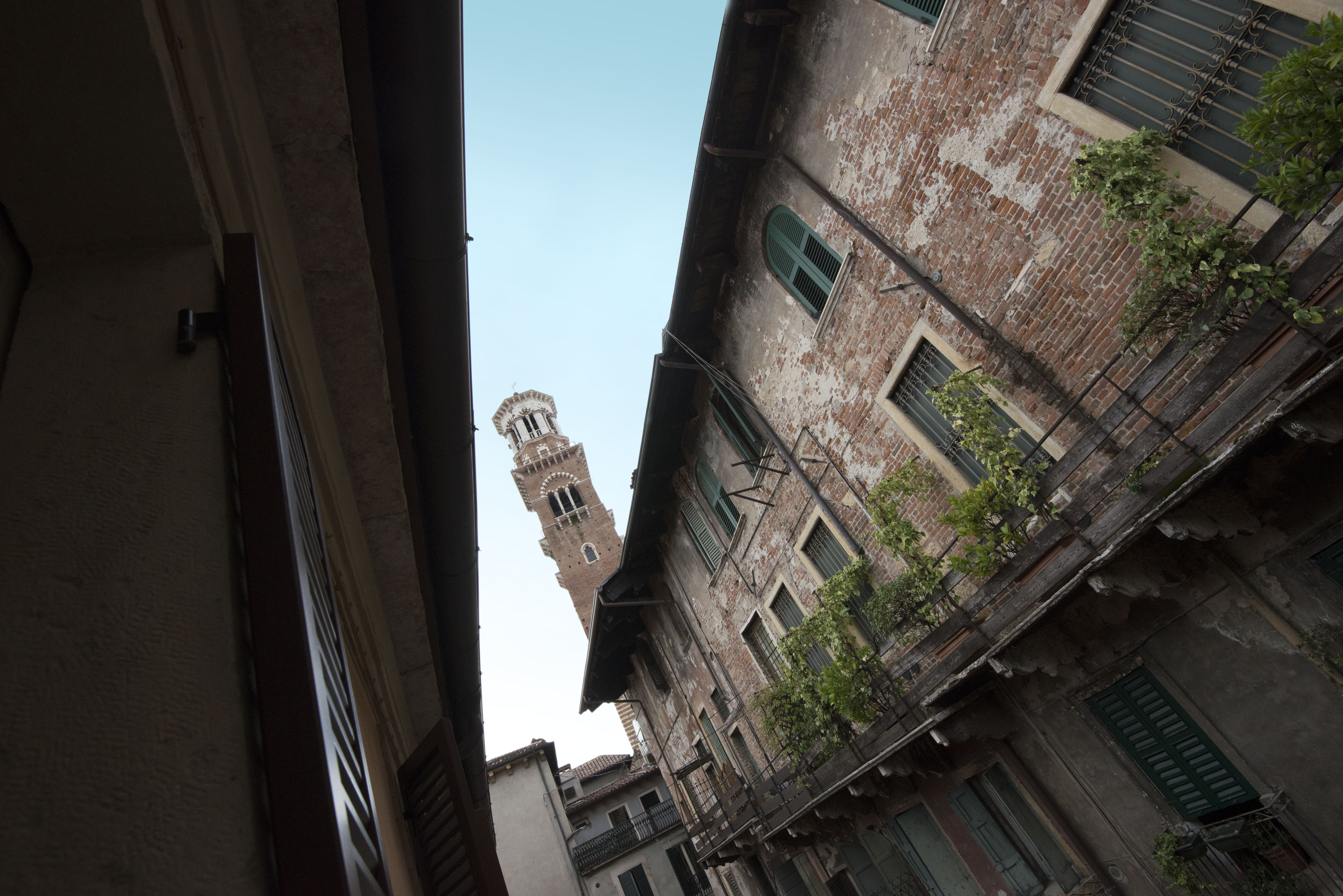 The back side of the building in via Mazzanti, a few steps away from Albergo Mazzanti, is where Mastino the I of
the Scala family was assassinated in a vengeful murder in 1277 and also one of the places where the locals fought the french troops during the Veronese Easter.

Immerse yourself in the history of Verona by staying at Albergo Mazzanti!
Take a look at our offers

Discover Verona and all its flavours at the Café Dante Bistrot

The history of the Mazzanti houses, one of the oldest group of houses in Verona.

Enjoy Verona from above!

The funicular has arrived!